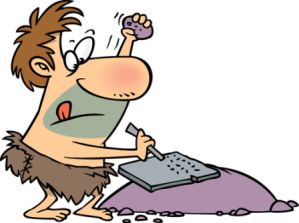 One of the harder things to do in law school is take good notes. And even harder if English isn’t your first language. Why?

It’s not just about listening comprehension. It’s also about being sufficiently facile with English to write quickly while using note taking strategies such as shorthand, abbreviations, and symbols–all things that we native speakers take for granted.

It’s often assumed that LL.M. students know how to take notes already. Just not in English. Or when note taking is taught explicitly, strategies such as the Cornell note taking system become the focus. While organization strategies are certainly important and valuable, it is also important to not overlook the significant language-related challenges involved in taking notes in another language.

And what international LL.M. students may often need are opportunities to practice building note taking speed. One significant component of such practice is simply brain-hand coordination. If you’re not used to writing quickly in a second language, then you need plenty of chances to actually do it to build greater fluency. And such practice is most effective if done with audio texts where the student understands 90% of what’s being said. Because if a student is not comprehending the input, then they’re not actually practicing the brain-hand coordinating part of note taking.

At the same time, an equally significant component is  learning appropriate English-language shorthand, abbreviations, symbols, etc. Just because a student knows how to read and write in English doesn’t mean they know how to take those words and shorten them in appropriate ways.

For example, native English speaking law students may intuitively know to take a term like “duty of confidentiality” and turn it into “D/C”. And likewise, they may intuitively write “confidentiality” using a four-letter shorthand–“conf”–rather than just “C” because they know that there are many other common “C” words and even “Con” words. But this may not be intuitive for many international students and therefore will require exposure and practice.

A great way to practice fluency and shorthand is to use a short recording on a legal topic (i.e., 30 seconds to one minute) that is familiar to the students. And again, a key to the effectiveness of the activity is making sure the students understand 90% of the text. Because if the students are struggling to comprehend the recording, then you’re not practicing note taking, you’re practicing listening comprehension (and not in a particularly effective way).

In our class, the first time we tried the activity, we used recordings from a previous assignment on the duty of confidentiality. Students had been tasked with interviewing a J.D. student on the topic, then asking them to summarize the topic in 30 seconds and recording that 30-second summary. So by the time we used it for note taking practice, students were already familiar with the recording and the vocabulary of the topic. But of course any recording can be used, including recordings of professors’ lectures.

To aid in comprehension, I like to create an actual transcript of the recording. The students listen to the recording once without the transcript, then compare their notes with a partner, then listen again and try to take notes again. This is to get a baseline of what they are capable of capturing. After that second time, I give them the transcript to review. This helps ensure that they can fully understand the audio. And this means that when they are taking notes the third and fourth times, they can really focus their cognitive energies primarily on the process of taking notes.

To help with shorthand, before they take notes each time, talk about what shorthand they might use. For example, I’ll tell them the topic is duty of confidentiality and then we’ll brainstorm on the board a short list of words likely to occur in the audio text (i.e., duty of confidentiality; confidentiality; legal ethics), and I’ll let them suggest some possible shorthand they might use. (I hold back on making concrete suggestions for shorthand until they’ve had a few chances to take notes, since part of the process is for them to experiment with and develop their own shorthand system.)

In addition to shorthand with legal terms, many students may also be unfamiliar with basic shorthand such as using “w/” for “with” or “Ex” or “e.g.,” in place of “for example.” This process provides a nice opportunity to ask students what they do know so students who are familiar with some of these to share their knowledge with their classmates and foster a more student-centered classroom culture where students are learning from each other.

The one other key ingredient is to also share with them examples of notes taken by a native English speaker to give them a chance to notice shorthand, abbreviations, organization strategies, etc. I usually share the model(s) after their third and fourth attempts at note taking. By this point the students are familiar with the content and aware of what they’re able to do and what they’re struggling with, and they’re hungry for input on how to improve. They look at the model notes, their eyes light up, and they occasionally emit little a-ha’s.

FYI, in preparation for the first note taking lesson, my colleague and I both took notes on the designated recording together and then reviewed and compared our notes to see what was similar and different–a process which turned out to be eye opening for ourselves in terms of similarities and differences in how we organized our notes and what shorthand, symbols, etc. we used and didn’t use. Having two examples for the students was greatly appreciated. It also conveyed the notion that there is no single “right way” to do this.

By the end of the activity, the students have had six to eight opportunities to take notes on the same recording which builds note taking fluency and an increased shorthand vocabulary. They also have a chance to experiment and try things out–a rare opportunity in the fast-moving law school world–and get a sense of their abilities and limitations.

Two additional tips for this activity:

We think this is a helpful approach for teaching note taking. What do you think?