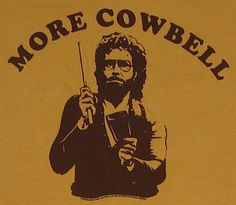 One of the challenges I’ve noticed with my students’ writing is getting them to write in greater volume. I’m not sure if it’s a cultural issue, or simply the way these particular students learned about writing.

The issue has been particularly noticeable in the “Summary of the Day” activity. The students, in their summaries of the prior day’s class, inevitably include far less information and detail than I, as a reader in a higher education environment, would expect. And the same applies so far in their answers to the critical thinking question about the jogger who throws away the banana peel on the beach and whether that’s considered littering.

I think this happens in part because my students are from cultures that (as I understand it) tend to be less explicit. Or if it’s not a cultural issue in that sense, they’re definitely not familiar with the level of explicitness expected in American law school.

Regardless, the conclusion I’ve reached is that I can say “you need to write more” in 100 different ways and it will have little or no impact. What I believe does have an impact is providing the students with models–and related noticing activities–that illustrate not only the amount of writing a professor might expect but the components of that writing that lead to that volume.

With “Summary of the Day,” I’ve now begun to include myself in the rotation of summarizers, so that about once every two weeks they get to see how I would summarize the class. We then examine not only the noticeably greater volume of writing but also the ways I define terms, the ways I’m more explicit, the language and devices I use for being more explicit, such as putting information in parentheses with an “e.g.”, the discourse markers I use to signal the sequence of events (e.g., On Tuesday,….; Next,….; Subsequently,…..). The result is that the students start trying to mimic and incorporate these strategies and language in their own summaries.

For the jogger/banana peel writing, we’ve so far examined four model answers written by native English speakers with legal education. And in addition to the volume of writing they see compared to their own writing, they’re starting to notice how it gets to be that way. They see the organization at the paragraph level. They’re noticing how in the model answers the issue really breaks down into three sub-questions that need to be addressed: 1) Should the police officer give a ticket to the jogger? 2) Does the definition of “litter” include a banana peel? and 3) Is a banana peel more similar to a candy bar wrapper or to coffee poured on the ground? They’re seeing how some writers lay it all out while other writers hit these three points in a more compact way. And they’re noticing the language and sentence structures that are used to achieve these forms.

They’re also getting to notice and analyze the comparison language as well as the various reasons each model answer lists for how a banana peel is and is not similar and different to a candy bar wrapper and to coffee poured on the ground. In fact, I’ve been having them make a list of all the reasons each model answer gives for why a banana peel is 1) more similar to a candy bar wrapper, 2) different than a candy bar wrapper, 3) similar to coffee, and 4) different than coffee. And then we compare these lists against each other to get a range of the possible reasons as well as the most and least commonly used reasons.

Additionally, we go through each answer and assign a purpose or function to each sentence in each model answer. Is it the rule? the issue? a comparison? persuasive facts? a conclusory statement? etc. This helps the students be able to compare the model answers in an apples-to-apples way and to also start to think about and notice the differences in their own answers to the question in an apples-to-apples way.

In other words, I’ve realized the students need and benefit from developing a more concrete sense of what’s expected at the micro and macro level. What is the holy grail with respect to the kind of answer they should write? How much detail really needs to be included? “Oh, you mean JD students actually list all these reasons? And walk through all these logical steps that I hadn’t previously considered?” The more they can see and touch and feel that, the more they will adjust their writing and critical thinking to match that style.

This seems to be having the desired effect on students’ writing so far. So going forward, whenever I have the urge to exhort my students to “write more,” I’m going to continue to channel my energy into finding ways to show rather than tell them.